Antonyms of a Mirage - Cover and Book Trailer 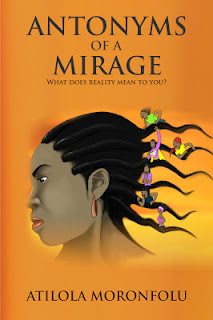 A preview from ‘In My Pocket’

‘Goshe – A short form of Shokolokobangoshe
Scenario 2
Mummy Bobo: Olowo ori mi (owner of my head), how was that favourite food of yours that I made for you? I am sure you enjoyed it. I have come to tell you about Bobo, your son. He is about to write his SSCE exams. The other day, I heard my senior wife bragging to her cousin that kola, her son, made all his papers two years ago because he is hardworking and brilliant. She then said she is sure Bobo will do the opposite and fail woefully. Olowo ori mi, please, don't let my enemies laugh at me. I know you can help me get the exam questions on the eve of every exam paper. This is the only way Bobo will be able to prove her wrong and shut her mouth forever. Daddy Bobo, you always say you love me more than my senior wife and if you really mean that, you will not let her have the last laugh over me.

Chief Goshe: Woman! Woman!! Woman!!! I have always warned you about this Bobo of a boy, but you will never listen to me. You spoil him too much, I hope he won't be the source of your downfall in future. Anyway, I will give you what you request, after which he will go to the UK to start his foundation course. You better warn your son to buckle up now, because there is no way I will fly over to meet David Cameron to organize exam papers by the time he gets to the UK. A word is enough for the wise. For now, the exam questions are not a problem. I have the education sector IN MY POCKET!

You Look Like A Modeler! Do You mod? WHO IS A ROLE MODEL? 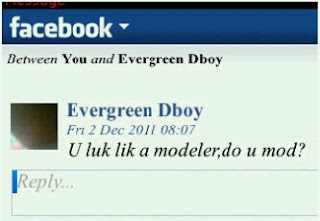 Love her or hate her, Linda Ikeji is a very assured young woman. She has been trending on Twitter all day because of the below post which i am reproducing in its entirety as a show of support to someone who despite the odds overcame all obstacles to become successful at what she does. The below story is filled with classic quotes that we will be repeating for years to come. Thank you, Linda. 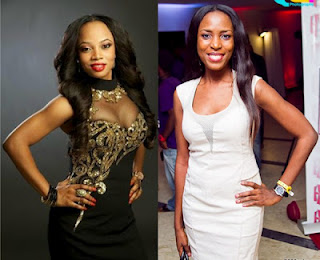 Ghen ghen, fight between Linda Ikeji and Toke Makinwa. Lol. Unfortunately I don’t really know who she is…never met her…only seen her Flytime interviews. I hear she’s also a radio presenter…and apparently she said on radio recently that I am not a role model…
Here’s how Thenetng is reporting it:
Popular radio and TV presenter Toke Makinwa has aired her thoughts about popular blogger and former model Linda Ikeji stating she ‘doesn’t think Linda Ikeji is a role model’.


Little known Makinwa who works as a radio presenter on popular urban radio station Rhythm 93.7 dropped her comments on air while she was co-anchoring ‘The Morning Drive’ recently.
I don’t think Linda Ikeji is a role model. She’s a gossiper, She sells gossip’, Makinwa said on the show and even appealed to her listeners not to take the likes of popular US blogger Perez Hilton and Miss Ikeji seriously.

Well, she’s entitled to her opinion. I have nothing against that statement…I understand where she’s coming from. Some of the posts hurt people, some help people. It’s the media, it’s the job I chose. Like every other job, it has its advantages and disadvantageous. You win some, you lose some. I get it. I accept it.
It’s times like this I almost forget who I am…but then I remember where I’m coming from and I smile. Let me tell you guys a story. Please continue…

I really do not have anything to post about as i have over 12 drafts since i last came here but posting them will probably lead to a conflagration which i will be powerless to stop as my alter-ego has been around for a while and all he had to say were Depressing Things.

For Toin, sorry about your loss( your fine purple wrist-watch) but w thank God for the gift of life.

Che, i hope your nephew is a lot better now.

As to all, HAVE YOU EVER BEEN DEPRESSED? PLEASE LEAVE YOUR COMMENTS AS YOU NEVER CAN TELL WHO YOU MIGHT JUST BE HELPING TO SAVE A LIFE..

P:S: Yes i changed my address to dainjurer.blogspot.com
Posted by F.O. at 9:44 AM 2 grumbs