ITS GENERALLY ACKNOWLEDGED HERE (AT LEAST FOR THOSE WHO EXPECT MORE FROM ME) THAT I AM A COPYWRITER IE. I SABI COPY PASTE... AND YOU ALL KNOW MY FAVORITE PLAGIARIZED SITE.....

SO AFTER ALL IS SAID AND DONE, WE YOUNG legitimate Nigerians(ESSENTIALLY LAS GIDIANS) trying to make ends meet AND WHO RELY ON COMMERCIAL MOTORCYCLES HAVE TO STEP UP OUR GAME.. 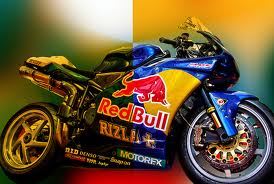 PERSONALLY, MY DREAM CAR will have to tarry a while i get a Ducati Super Monster as replacement since my favorite bike man can no longer carry out his trade except in the suburbs where he resides. So i was trawling as usual when i came across the below.. It was witty yet it was the frigging truth as this is what Las Gidians have experienced in the past 48 hours.

So i was trawling through Mark's network and i came across this status update by a very good friend of mine,
Toonday Olo'niyo and i just had to share it with you all. Makes for poignancy, right?

Looking back, i remember being told about a man who became popular for engaging in money rituals just to buy the 80's edition of the Honda Prelude. You wouldn't buy that car for 50k today.

I remember as a kid, my whole street converged to watch a truck delivered a very large satellite dish to my neighbor's house. Today a dish one tenth that size delivers 5 times the value and is in almost every student hostel room.

What about the Volkswagen Santanas, Mercedes Benz V booths, 505 cocaine, all overtaken by Camry,Honda discussions and Infinity? .... Vanity.

A friend declared drinks for the boys because he just launched the Nokia Communicator for over a hundred grand in 2002. Today that phone would embarrass the owner and is a joke compared to the low cost and everyday phone.

What about d MTN sim card dat many people went extra miles b4 they bought it for over 30k, today u will not buy it at N200.People are still making the most amazing sacrifices over the 'vainest' of things, make enemies over worthless material things.

What can I Say? Look back at that one thing you want to kill or die for today and see what becomes of it tomorrow.Did u also hear that president Jonathan Goodluck multi million dollar Home Was also submerged by Flood just like most poor Nigerians.... Slow down with the sense of attachment and blind pursuit of  material things, for today's 'gold' is tomorrow's 'copper'....